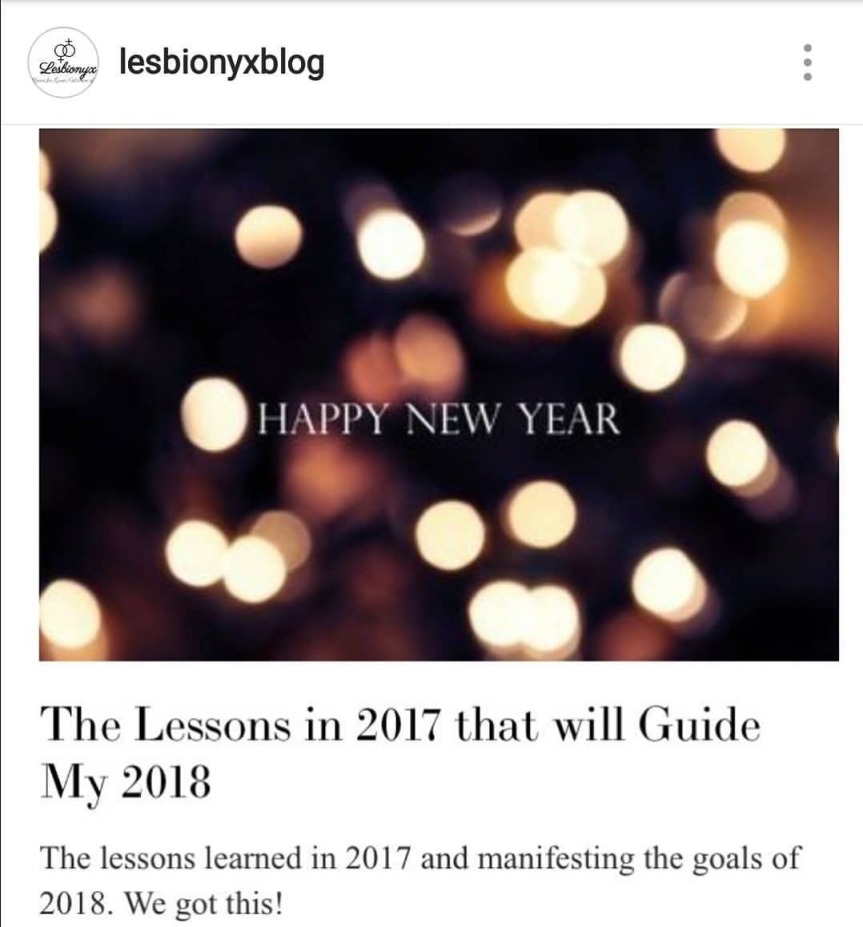 Have you caught up on all your @lesbionyxblog reading for the 1st week of 2018?
@sheespeaks_
@dreaded_unicorn
@punkandpusssy
And I have written westerly things…
Get into it.
・・・
#health #polyamorous #NewYear #womenshealth #women #Decolonize #lesbionyx #queer #lesbian #bi #qwoc #qpoc #qtpoc #lgbtq #femme #stud #androgyny #genderfluid #genderqueer #nonbinary #knowledgeispower #MentalHealthMatters

The Intersection Ep. 15: The One w/ A Dreamer

This week Creator,
Dreamer, Reiki Master Cat Evans meets us at The Intersection thanks to technology!
We talk about her intersections, what drives her, gush over her awesome love/girlfriend
and she takes a hard pass on one of the questions we ask everybody. And DreamFest 6 is coming!

Plus, like my
shirt! Buy One and support Honey and Sage Co. “Better Woman, Better Earth.”

Like her shirt? Buy
it and support local music!

(Send $15 and
your size to paypal.me/JayDaSkreet)

#TheTea, Ayesha Curry has a new cooking show
and it’s not about curry… Who knew?  Do Black
people and other POC even watch HGTV? Michel’le survived Compton and is
thriving in her Lifetime Reality series. What is “White Famous” and why is “The
Rap Game” still a thing?  Who #TriedIt,
mostly yt men in power. The CGW says it’s a McSpiracy and Raina McCleod is #DoingTheMost
to save our ice cream dreams.

#Repost @lesbionyxblog
・・・
Lesbionyx is looking for queer women and women identifying of color to write for our upcoming website! Interested or know someone who would be? Tag em and slide in our DMs 📩#qwoc #lesbian #queer #tomboy #stud #femme #qpoc #lgbtq #kehlani #writerswanted #talent #women #womenwhowrite

So, a lot of people don’t understand what rape culture is, so I’m going to give you all a little lesson.

Rape culture centers around blaming the victim of sexual assault, rather than the assaulter themselves.

And that is wrong.

The top picture is me now, and me in third grade.  I was raped almost every school day for the whole of that year.

Rape culture is my mom asking me, “Did you ask for it?”

Rape culture is I, the victim, asking myself if I was.

Rape culture is people assuming that I was “asking for it” due to my choice of clothes, and what I said and how I acted.

I remember how I asked my rapist every day, to stop, and how I begged my parents to not send me to school.  I remember trying to kill myself in order to escape this terrible fucking reality.  I remember the long, sleepless nights where I’d cry at 2 AM and run to the bathroom to vomit because I was so fucking scared.

Rape culture is I, the victim, telling myself despite all of this, that I must have asked for it.

Rape culture is an anon messaging me and telling me that I must have dressed provocatively.

And to this, I ask you, “Was my jacket zipper not pulled up far enough?”

Rape culture is having people repeat the words of my rapist years down the line to me, telling me, just like she said to me all those years ago, that I’m a bad person for being raped.  Rape culture is being told that I deserved this.  Rape culture is telling me that it doesn’t matter how many goddamn times it happened.

That is rape culture.

And rape culture is wrong.

This needs a hell of a lot more notes, my friend.