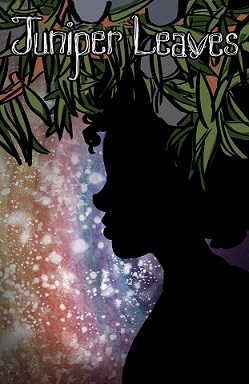 What is Juniper Leaves?

Juniper Leaves is a YA sci fi fantasy novel about Juniper Bray, kinky-haired queer nerd, who embarks on a magical adventure in Scotland after losing her grandmother.

WHY I WROTE JUNIPER LEAVES

“A survey of 3,200 children’s books published in 2013—out of a total of 5,000—found that only 67 were by African-American authors, and only 93 titles centered on black characters. That’s the lowest number of black protagonists since 1994, when the Cooperative Children’s Book Center at the University of Wisconsin-Madison began tracking that data. ” Nina Terrero of Entertainment Weekly.

Times, they are-a-changin’ and it is extremely important that our media reflect that. Growing up, I struggled to see or read about many people that looked like me, and I definitely didn’t see many queer characters anywhere. Visibility is a powerful thing and without it, so many kids and teens will go through their formative years developing the thought that they possibly don’t matter as much as the visible do. Juniper Leaves can be just a tiny part of the movement towards positive representations of PoC and queer youth simply because reading it will show how relatable an awkward teen girl can be, no matter her race or sexual orientation.

If you asked Juniper Bray (14) why she ever believed in magic, she’d quickly blame her best friend, who just so happened to be her grandmother. But no more of that; these days magic equals fiction to the kinky-haired dreamer and astronomy geek. That’s because just six weeks ago, Juniper’s best friend died. Now she has to go on a long trip to Freeshire, Scotland with her scientist dad and mourning mom, minus the one person that means the most to her in the whole wide world.

And what’s worse, Juniper’s Scottish host family, the McKinney’s, have an evil fifteen year old daughter named Blair that seems to live to torture her. Don’t worry, their arguments come to a halt when they mistakenly fall into a cave that turns into a porthole to a whole other planet. There, Juniper learns of a sort of magic she inherited from her grandmother giving her the power to teleport. But this power comes with paramount responsibility, making Juniper a protector of the Earth overnight. Juniper’s definitely caught off guard, but she’s intrigued by the task until she learns Blair has been appointed as her secret keeper. Now they have to stick together. Just when it seems Juniper and Blair finally don’t hate each other, they are ambushed by a life threatening mission to save their scientist dads’ research, themselves, and ultimately the world. All the while, Juniper has to deal with the awkwardness of being a teenager, from socializing with the locals to experiencing her first kiss. Juniper Leaves is a magical coming of age story of a girl that learns to let go, live a little, and best of all, believe in herself, all before her fifteenth birthday.

The money raised with Kickstarter will pay for the editing, the cover art by the brilliant Aspen Aten, e-book distribution, marketing, and the first 150 print copies of my book Juniper Leaves. It’s most important to me that Juniper Leaves be edited grammatically and developmentally at a professional level so that the final product is at its absolute best quality possible. My hope is that anyone interested in reading Juniper Leaves will have the opportunity.

If I meet my Kickstarter goal or happen to exceed my initial goal, I will use any leftover money to purchase additional books, further promote the book, and sell in other venues.

There is a risk of not reaching the deadline to release this book before the end of 2014. However, JUNIPER LEAVES is completely written and ready to be edited. Also, I have scheduled how long each part of the publishing process will take. I am confident that if this project is funded it will release before January 2015.

Similarly, there is the challenge of making sure the best product possible comes from this campaign. The reason this Kickstarter is taking place is to make sure the most professional quality work is released so I am hopeful that supporters will be happy with the outcome.

HOW CAN YOU HELP?

Join the Juniper Leaves team by donating, telling your friends, or sharing this post! Any donation, big or small is appreciated. Tell two people closest to about the campaign and hopefully they’ll donate as well. If you have a blog, please repost and share info with your followers. Tweet it, Facebook it, talk about it! If we all work together, Juniper Leaves can one day be available to teens and young adults everywhere! So far the campaign has been featured on Afropunk and named a Kickstarter Staff Pick!